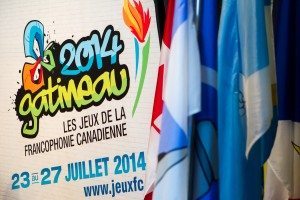 Gatineau, January 11, 2013 – The Organizing Committee for the Jeux de la francophonie canadienne Gatineau 2014 (JFC) today unveiled the logo for this national event, which will bring together 1,000 Francophones between 13 and 18 years of age, from every Canadian province and territory, for five days of competition between July 23 and 27, 2014. Participants will get to connect while testing their talents in three different areas: the arts, sports and leadership.

“This visual signature is a clear reflection of Gatineau’s imprint on this sweeping celebration of Canada’s Francophone youth. Not only will it generate close to $4 million for our economy, but the JFC will also strengthen the city’s reputation and position as a key player when it comes to staging major events. I invite all Gatineau residents, particularly its youth, to get involved in this terrific adventure,” indicated Gatineau Mayor Marc Bureau at the logo’s unveiling.

The organizing committee’s chair, Benoît Pelletier, spoke proudly about the team’s achievements over the last few months. “Since August, the organizing committee and the permanent team, under the direction of Yves Lahaie, have made great strides in terms of setting up the administrative structure for the JFC, and filling the senior positions in the organization. Today, as we unveil our logo, we can readily say that the race towards 2014 is well underway. Anyone wishing to join this grand Francophone celebration is welcome to join as a volunteer or partner. We look forward to hearing from you!”

WHAT THE LOGO REPRESENTS

Designed by Kaboom Communication, the initial inspiration for the logo came from graffiti. This dynamic and artistic medium accentuates the event’s focus on youth, and links it to Gatineau, known across Canada for supporting and promoting this art form. The logo consists of a ribbon folded into three continuous loops, designating the three areas of the JFC (arts, leadership and sports), as well as the interconnection generated by their interaction (cooperation). It is graffiti, a festive ribbon and a symbol of gathering and collaboration all wrapped up in one.

This symbol, enhanced by the “2014 Gatineau” wording, conveys the idea of gathering, closeness, tighter links and community. The festive tone set by the logo’s style is emphasized by its sloping presentation, which lends the sense of movement. The colour combination was inspired by the JFC torch, and provides a direct visual link with the JFC’s overall identity.

Organizing the Jeux de la francophonie canadienne Gatineau 2014 will require 750 volunteers, coordinated by a permanent team of some 20 employees. The projected budget for the event is estimated at $2 million, one-third of which will have to come from the community, and the JFC’s economic impact on the region is estimated at $4 million.

The Jeux de la francophonie canadienne is an initiative by the Fédération de la jeunesse canadienne-française (FJCF), and is financed in part by the federal Department of Canadian Heritage. 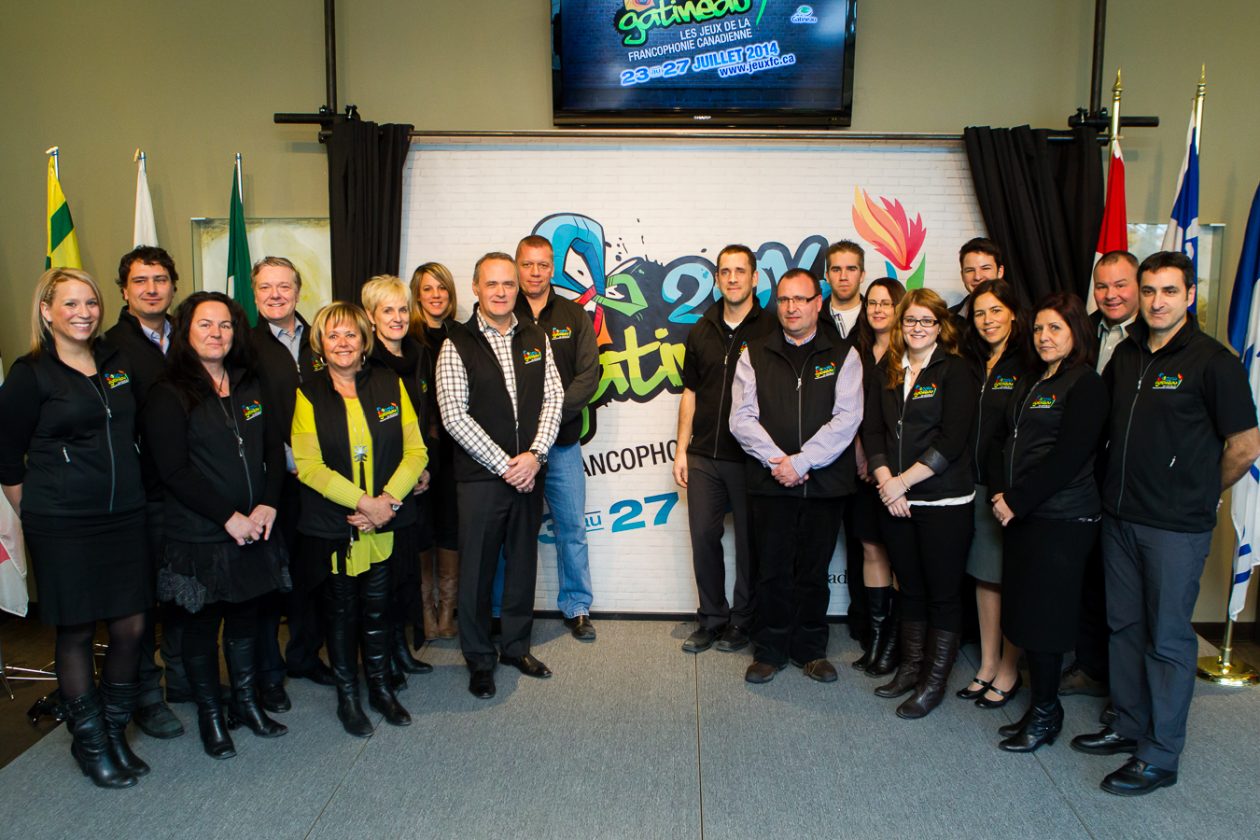