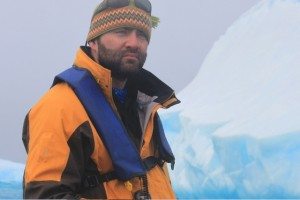 Sudbury – The 2011 Canadian Francophone Games are proud to announce that the great Franco- Ontarian adventurer Jean-François Carry will be one the honorary co-chairs for this national event which will take place in Greater Sudbury from July 20 to 24.

Jean-François Carrey will talk about his role as co-chair and his many exciting expeditions during a special evening presented by the Centre de santé communautaire du Grand Sudbury in collaboration with the Canadian Francophone Games. The general public is invited to attend the presentation on Wednesday, March 9 at 7 p.m. at Laurentian University’s Alphonse-Raymond Auditorium.

The Canadian Francophone Games will have three honorary co-chairpersons to represent each of the three components of the Games: sports, arts and leadership. Mr. Carrey, who is a passionate adventurer, will represent the leadership component. Paul Lefebvre, Board Chair, is very pleased to welcome J.F. Carrey to Sudbury and to announce his important role before and during the Games: ”J.F. Carrey is a great role model for Canadian youth. He lives life to its fullest. He believes that the journey is as important as the destination. He will certainly inspire the Games’ participants.”

J.F. Carrey is very proud to be one of the Games’ honorary co-chairs. “I am deeply touched that I have been asked to be a spokesperson for the Canadian Francophone Games. This event will be an important source of motivation for people participating and attending the Games. They will be able to learn from this unique experience to face the challenges and new adventures that await them.”

In 2006, Jean-François Carrey became the youngest Canadian to have climbed to the top of the world on Mount Everest at 24 years old. With over 12 years of guiding experience, Carrey has guided expeditions in the most remote, cold, extreme and beautiful places on earth. He is Canada’s foremost wilderness guide for the arctic and sub-arctic regions. A trusted guide for trekking and mountaineering in the Himalayas, the Andes and Mexico’s volcanos, he also specializes in arctic whitewater canoeing, sea kayaking, trekking, marine safety/logistics and television production. He guided for the popular TV show Destination Nor’Ouest 1 and 2 for TVA and TFO. Carrey also uses his experiences to guide people, leaders and youth in thinking like an adventurer. He inspires them to embrace change.